Posted on December 9, 2015 Categories: Comments are off for this post

December 9, 2015 —
Kapil Mandawewala, the founder and CEO of Sajeev Fresh, never imagined that he would leave a high-flying career in San Francisco to farm a 22-acre plot in a small village in Gujarat. Yet the fruits reaped from his efforts turned out to be sweet — not just for him, but also for the residents of New Delhi and Gujarat.

“Freshness is a key factor, even if your produce is not organic. In 24 hours any green produce will lose half its nutritional value – it’s really about how soon you eat it after it’s been harvested,” reveals Mandawewala, whose Delhi-based outfit applies organic, biodynamic and permaculture principles to create kitchen gardens for individuals and organisations, and is driven by a need to impact people’s health positively. Working on anything from one-acre to 200-acre plots, he encourages people to grow their own fruits and vegetables, and even crops. 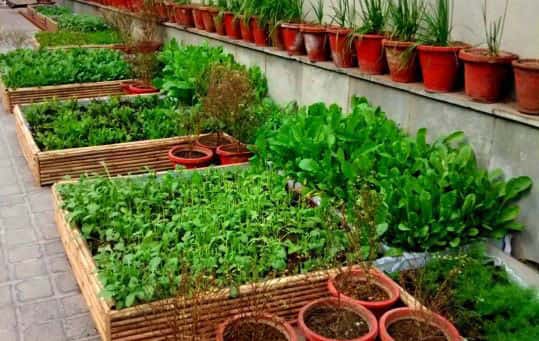 Freshness is a key factor, even if your produce is not organic.

While the concept of organic produce is growing exponentially in India, Mandawewala feels a lot of it is commercially driven, and conflicts with his ideals of a pure organic system. “India was always organic,” he says. “Chemicals appeared only after the green revolution, and then organic was suddenly hyped.” Citing the example of organic broccoli that is grown in India, but exported to Saudi Arabia, he outlines how being part of the local eco-system means that anything grown should stay where it is. It also worries him to see that the next generation of farmers are shifting back to urban cities and selling their agricultural land to moneyed people who only keep dividing their land into smaller plots. “Sohna road, Chattarpur, these areas amidst others feature excellent soil and water facilities, but are lying barren in the hands of people who don’t know how to farm,” he says. “The irony is that they all want good food.”

When the 34-year-old took up farming eight years ago, he realised that Indian consumers, unlike their predecessors didn’t know where their produce came from, let alone who was growing it, or how. By reaching out directly to his customers through what he refers to as a farm-to-folk concept, he discovered the additional benefit of eliminating exploitative middlemen. His first crop of tomatoes fetched him Rs 2 per kg, but were ultimately sold to consumers for Rs 10 per kg. “I couldn’t believe it!” he exclaims. “By switching to direct delivery our yields jumped without even charging a premium… in fact sometimes our rates were lower than market prices, and that made customers happy as well,” he says.

“Freshness is a key factor, even if your produce is not organic. In 24 hours any green produce will lose half its nutritional value.”

Eventually Mandawewala started holding workshops to educate locals. “It’s an ethical responsibility,” he says. “Customers need to understand that just because the shape of a tomato isn’t perfect or it’s a tad smaller, doesn’t mean it’s not perfectly edible or fresh.” 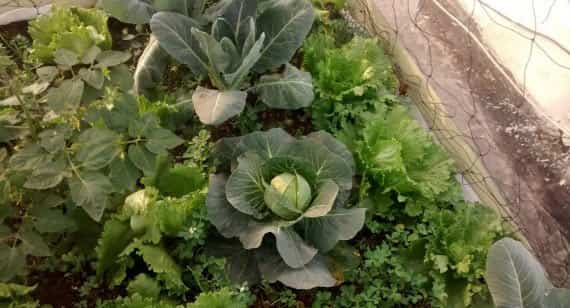 Just over a year ago, he was invited to speak at Manzil, an NGO in Delhi, and was floored by the response he received. “I hadn’t even visualised exploiting urban spaces,” he said. “But my workshops made me realise that people needed more help, so I started organising materials, space creation, landscaping and so on.”

Last year Mandawewala’s team of five completed 150 projects. Currently they are creating gardens for the National Centre of Autism, and an IIT institute in Gandhinagar. “The director called me, and said he wanted to grow some edible trees. So we’ve planted several fruit trees that can give some productivity over just a few years,” he says.

Mandawewala encourages his students, and clients to employ natural foresting techniques such as planting five different items in one space –- “this creates a natural synergy and interaction between the plants, helping them grow” – or using additional greenery, flowers and air-purifying plants to aid overall growth. “For instance, marigolds repel pests. Other plants attract honeybees to aid pollination,” he says by way of example.

However, his most successful technique to maintaining a green garden is simply this — care. “We have a saying in Gujarati: the best khaad (fertiliser) for your land is your own footsteps,” he grins. “Treat your plants like your own children, and they’ll bloom beautifully.”