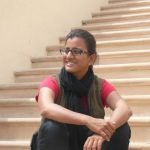 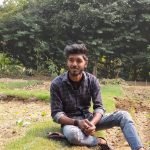 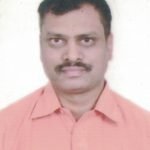 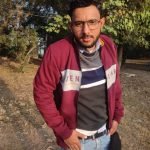 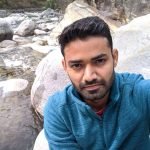 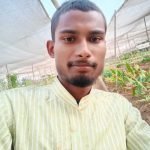 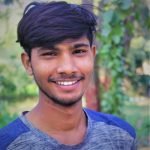 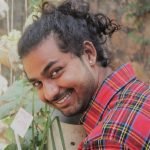 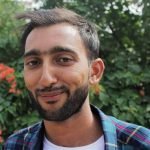 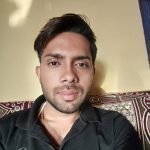 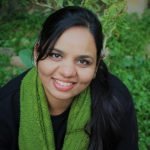 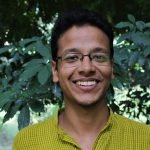 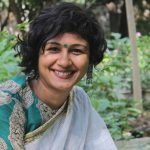 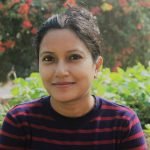 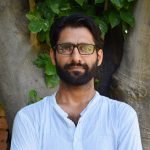 Kapil studied Management of Information Systems & Finance from the University of Texas at Austin (1999-2003). He then worked for Deloitte Consulting in San Francisco as a Senior Consultant for five years. After many years in the United States, first studying Management of Information Systems and Finance and then working at Deloitte Consulting as a senior consultant, in 2008, Kapil relocated to Gujarat to start organic farming at his 22-acre farmland. During the next five years, he established a Community Supported Agriculture (CSA) system through which residents could buy local, seasonal, and fresh produce directly from the farm. He then founded Edible Routes in 2015 with the aim to help more and more people grow their own food. Kapil has trained with Bhaskar Save in 2011, and in greenhouse cultivation from the Horticulture Training Centre in Talegaon, Maharashtra in 2012. Between 2012 and 2014, Kapil participated in the Shod Yatras in Mizoram, Manipur and Punjab with Prof. Anil Gupta, IIM Ahmedabad. He obtained his Permaculture Design Certificate in 2014 after training with Rico Zook. He has created more than 500 edible gardens and manages 15 farms in and around Delhi with his team.

Nabanita or as she is fondly known ‘Julie’ has been passionate about gardening since childhood. From a family of avid kitchen gardeners, she grew up watching her Permaculturist father in action. A firm believer of bringing people together through gardening she oversees many things at Edible Routes including supervising kitchen garden operations, the planting division,workshops and farmlet management. She received her Permaculture Design certificate from Narssana Koppula, the pioneer of Indian Permaculture in November 2016 and her Advanced Permaculture Design Skills, Mapping to Scale and Landscape Graphics from Raya Cole in December, 2017. She was invited as a resource person to train women self help group in Majuli island, assam and by the Northeast Rural Livelihood Project (NERLP) to train hill farmers in Nagaland in 2017.

Fazal Rashid studied History in college in Maine, US. Back in India, he then worked in publishing at Penguin Random House as an Assistant Editor for two years before joining Edible Routes. He also performs DastanGoi (Urdu story telling) when he is not gardening.

Puran is the man we all have come to rely on. From Rudraprayag, Uttrakhand, Puranji handles the logistics and transportation at Edible Routes and also takes charge of setting up kitchen gardens, farms, irrigation systems and what not!

Ruchi’s humdrum corporate life was not working out. Realising that the corporate rat race was not her cuppa, she took a sabbatical to spend time doing things she liked. She was Edible Routes’ first volunteer, working with them on and off for 2 years before finally taking charge of Sales and Marketing. Ruchi loves to work out, eat healthy, cook healthy, travel and mother her two kids.

Somil is an engineer by profession but his heart lies in nature leading him to Aranya Agricultural Alternative's farm. He learnt natural farming while volunteering at the International Permaculture Convention (IPC). Somil is passionate about native dry land ecology and land regeneration.

Deeksha is passionate about creating solutions that build up healthy environments. With a strong background in environmental management and understanding of the ecological challenges in the urban environment, at Edible Routes she looks forward to design ecological models for global communities.

Inder, concerned learning about the hazards of harmful chemicals in food found his way to Edible Routes to learn about organic ways of farming and to be part of a friendly and supportive community. He joined the ER family in September 2018 as a member of the admin department.

Jitender is a mechanical engineer and loves mathematics, over the years he has also grown over 2500 trees such as mango,guava and semal in his village near Saharanpur. At Edible Routes he gets to stay connected with nature by maintaining and managing the farmlets at the Aali Farm.

Sakib defies easy definition. He deeply embodies the spirit of independent, free, self-designed learning. Currently, Sakib is focusing on University of the Street in which he facilitates learning journeys and adventures for other street kids like himself. He also works for Edible Routes, making kitchen gardens, conducting workshops, and doing natural construction.

Sonu, one the youngest members of Edible Routes can be found quietly and carefully sowing carrots in a straight line at one of the farmlets. A lover of sports as much as the outdoors, Sonu likes to spend his free time writing stories. He is currently completing his 12​th​ from the NIOS.

Jitendra shares a great deal of concern for how his habits affect his health and the health of this planet. Coming from Bihar where he used to grow vegetables for self-consumption using natural farming, he realized the stark difference in his food in Delhi. Jitendra is motivated to change the face of farming practices and mainstream natural farming to places far and wide. Since 2018, he works as a Farm Manager at Edible Routes

Harish "The IT Guy" of Edible Routes always had been drawn towards computers and nature. Brought up in Haryana, he grew up watching his grandparents farming. He always had the passion to change their practice of chemical farming to a natural way of growing food. Later, he moved to Delhi to study computer science at the University of Delhi. He joined Edible Routes to bring his two passions together and work towards technically spreading natural farming.

Kamlesh joined the Edible Routes family in 2019 as a Farm Manager. All his life he has grown his own food in Bageshwar, Uttarakhand. Upon his move to Delhi, he saw the scope of spreading such awareness among city dwellers and so started his journey at ER. He has graduated from the University of Delhi and worked as a technical engineer in the past.

Concerned about the hazards of harmful chemicals in food, Samir found his way to Edible Routes to learn about alternative ways of farming. Currently, he works as an accountant at ER and dreams of owning a farm in the hills or somewhere in a coastal area where he can grow fruits and vegetables naturally.

Rafiq spent most of his childhood where every house used to grow their own food and everyone was familiar with farming. He moved to Delhi where the lifestyle was very different. As soon as he learned about Edible Routes, he took the opportunity to come back to the land and reconnect with his food. Rafiq is keen to learn natural farming techniques and has successfully managed Edible Routes farm at Vasant Kunj since 2019. As a travel lover, he loves to support the Kitchen Garden Operation team to set up beautiful kitchen gardens and farms all over India.

After spending a few years in the Development Sector, Prachi came in contact with the idea of minimalism. She realized that despite spending her life in a village, she had no experience or knowledge about how her food was grown and where it came from. She started to work towards making her life more sustainable and environmentally friendly in a thriving urban space like Delhi. Her actions led her to Edible Routes, where she initially joined as a volunteer in 2019. It didn't take her long to fall in love with the land. Since January 2020 she works as the Farmlet Operations Head at ER.